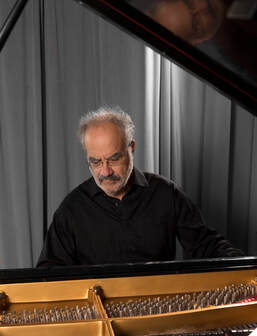 As a chamber musician, Peter Vinograde has appeared at the Bard, Bargemusic, Caramoor, and Wolftrap Festivals.  As a collaborative artist, he toured throughout Asia with violinist Midori, including her Singapore debut, also performing with her at the Cape Cod and Mostly Mozart Festivals.

His numerous distinctions began with first prize in the 1971 J.S. Bach International Competition, followed by a New York debut at Carnegie Recital Hall and an N.E.A.-sponsored Lincoln Center recital at Alice Tully Hall. He has been featured on NPR's Performance Today and CBC-TV's the Journal. CDs include releases on the Albany, CBC, Decca and Phoenix labels. His primary teacher was Zenon Fishbein.

In conjunction with his Bach for Pianists class at the Manhattan School of Music, Dr. Vinograde annually presents Bach recital/lectures at conservatories and universities, this past season at Juilliard, Oberlin, and Northwestern.